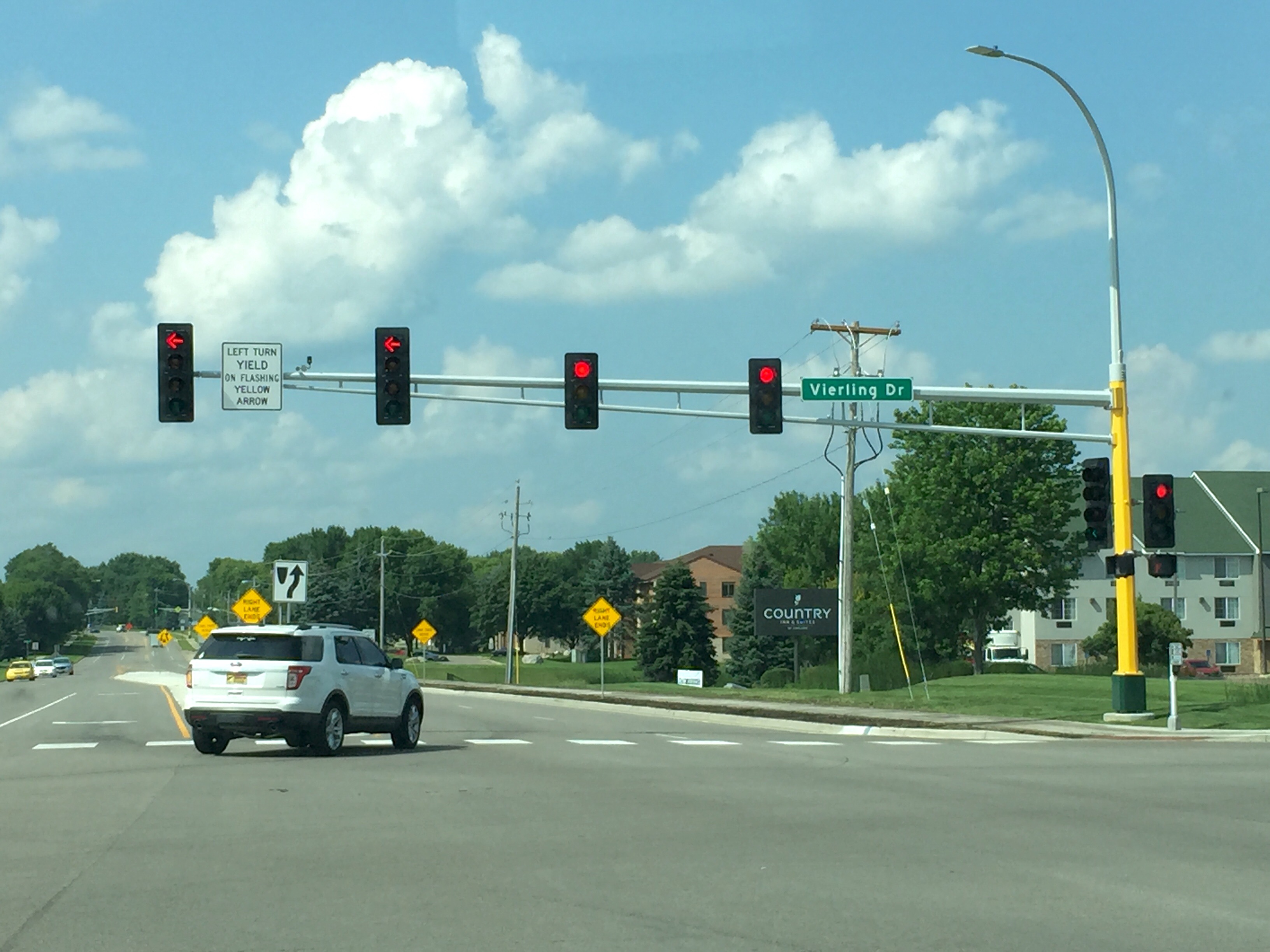 There was a post a while ago on the ITE bulletin board wondering if anyone knows of a working 48 volt DC traffic signal system.  None were identified, but Pete Yauch (I believe to be one of the nation’s leading signal engineer who works at Albeck Gerken) likes the idea and pointed out these advantages:

The wires we use in signals are orders of magnitude thicker than they need to be since we’ve switched to LED signal heads.  And now our industry is switching to LED street lights.

The whole signal system, including the controller computer, is long overdue for a complete redesign.  A year and a half ago we redesigned our COUNTcams around 7.4 volt DC lithium ion batteries.  I know LED lights, cameras, and electronic circuit boards can be designed to work with 12 volts.

I would go so far as to propose a battery in each signal pole base with a solar panel on top of each mast arm.  It’s possible the signal heads and detection could all be wireless.

The engineering to design a completely new, low power traffic signal is straightforward and very achievable.  The issue is I’m not sure who would need to get motivated to make this happen?  Maybe this is a function of the Institute of Transportation Engineers.  I don’t think a private company could successfully push against the current government standards.