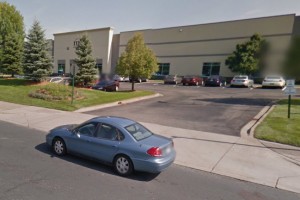 Last summer, Traffic Data Inc. (TDI) was contacted about gathering traffic data near a warehouse in suburban Minneapolis. Construction was necessary behind the warehouse and the only access to the land was through the warehouse parking lot. Naturally, the warehouse owner was concerned about the impact of this new truck traffic on their existing traffic operations.

As most readers know, TDI has collected traffic at many sites for many variations – peak hour, 13-hour, 16-hour, 24-hour, 48-hour, and even the occasional 96-hour count. This project initially sounded no different than other pretty standard data collection efforts for a standard traffic study. However, we were surprised when the owner of the warehouse was concerned about the traffic for every day of the week in addition to the potential for back-ups at the nearby railroad crossing. Doing the quick math, that meant we were being asked for a 168-hour count!

I had already started packing my tent and lawn chair to camp out at the site for week, when we realized we had a better option. At the time, we were working on our new COUNTcam camera systems and trying to determine just how long we could deploy them recording in the field. Our tests on the COUNTcam 100 had been successful for over 100 hours and our newly developed COUNTcam 200 was expected to have a longer timeline. However, we had not field tested this version.

The field test was successful beyond our expectations. Here’s what we learned:

Perhaps the key lesson was how much more can be done using cameras to capture traffic. A project like this was either unthinkable or extremely expensive just a few years ago. Now we can do something like this efficiently and have it be cost effective.

Incidentally, the data we gathered helped show the warehouse owner that traffic at the public road intersection and internally to the parking lot would not be significantly impacted by the construction traffic. Everyone (construction group, warehouse owner, and governing agency) was very happy to have such a great base of traffic data.