An Argument for Rapid Adoption of Autonomous Vehicles

Tom Fischer made an interesting argument at the City Engineers Association of Minnesota annual meeting that the switch to autonomous vehicles will be like the transition from horses to cars that happened in the early Twentieth Century.  It took about twenty years for horses to become illegal in cities but that timeframe could have happened faster if World War I didn’t disrupt the transition. 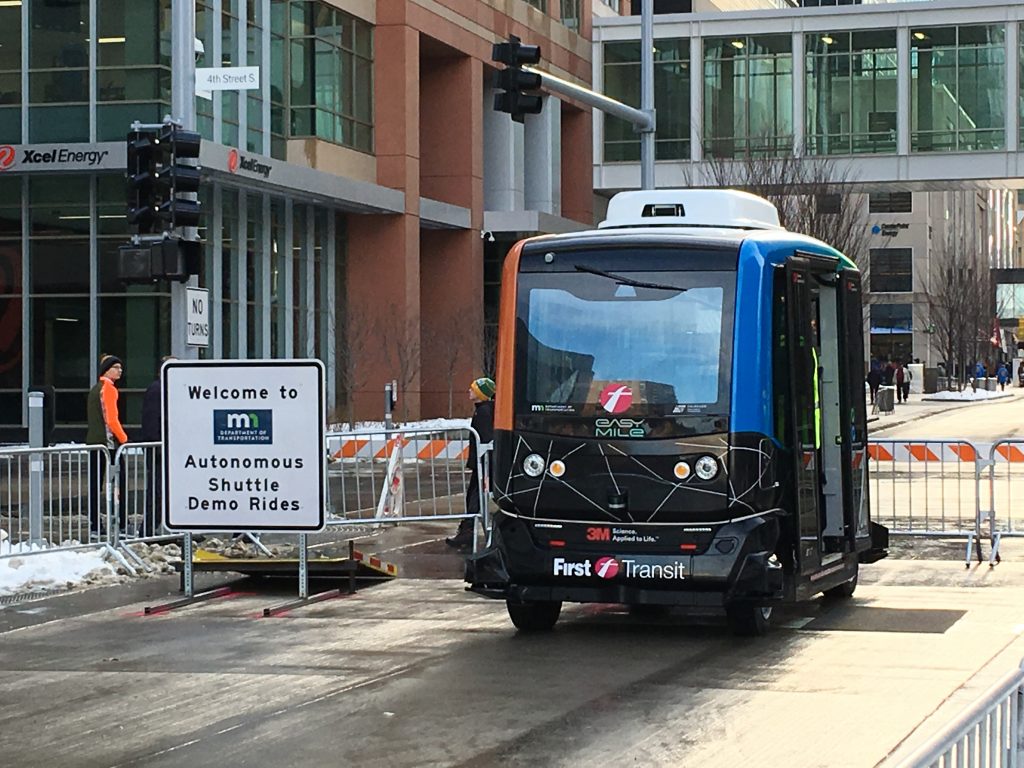 Based on trends from the horse to car transition, keys to speeding up adoption rates will likely be tort liability and personal vehicle insurance.  Autonomous vehicles will prove much safer than manned vehicles.  Once the data is in, families of fatal crash victims will start suing the government for allowing people to drive vehicles that are known to be significantly less safe than autonomous vehicles.  We may also see campaigns similar to Mothers Against Drunk Driving against manned vehicles.

The second argument is that personal insurance is going to become much more expensive as the pool of those holding insurance gets smaller, which will push people out of manning their vehicle.  My father-in-law jokes that we’ll pry the steering wheel out of his dead hands, but I know my in-laws won’t pay $15,000 per year for insurance to be able to drive a car.  If the insurance pool is composed of unsafe 85-year old’s, insurance rates for driving a car will quickly skyrocket.  People will make the economic decision to switch to an autonomous vehicle instead of paying 10x the insurance rates they’re currently paying.  I think this trend will greatly accelerate autonomous vehicle adoption once 20 to 30% of trips are automated.

According to Fischer, parking occupies 25-30% of the average downtown in America.  Developers are also still building sloped parking 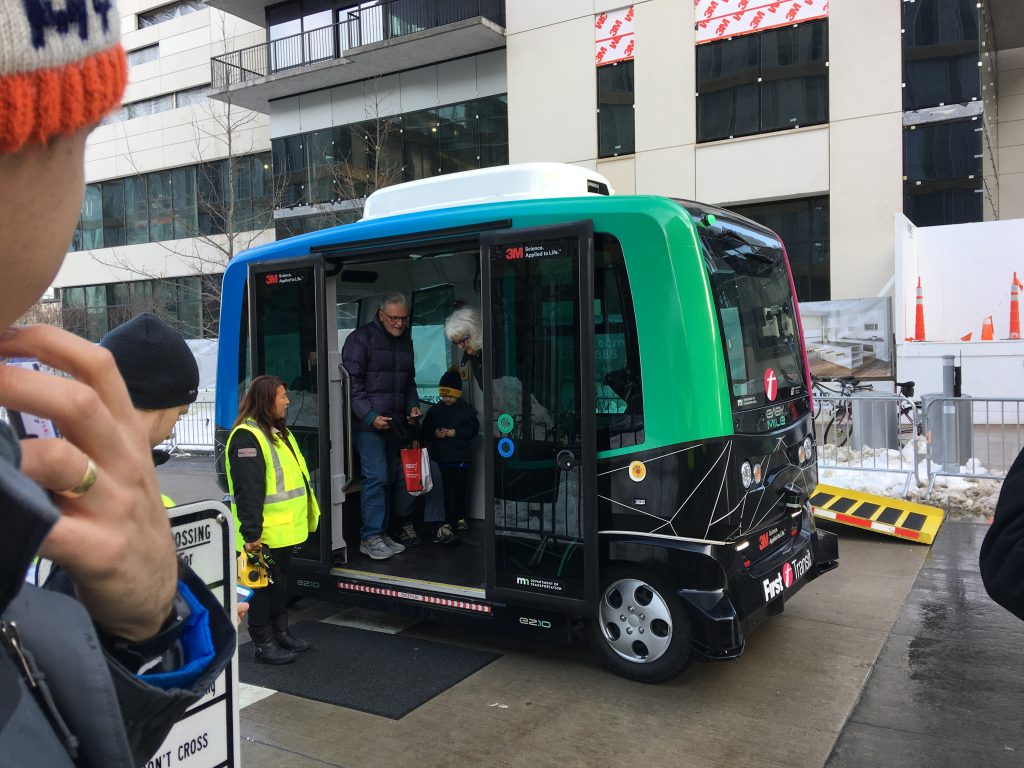 decks.  Redevelopment of parking lots and pushing for flat parking decks (with ramps on the edges that can be removed) are easy places to start.

As an autonomous vehicle bonus, check out the photos of a Class 4 experimental vehicle (driving along a GPS programmed fixed route) developed by Easy Mile for MnDOT testing.  Our northern climate presents unique snow visibility and road salt corrosion issues for autonomous vehicles.  The photos are from a demonstration a few blocks from our office that was set up as part of Super Bowl LII.  Enjoy!

Want to learn more about the future of autonomous vehicles? Check out our video Autonomous Vehicles: Changing Trends or signup for our free Traffic Corner Tuesday webinar series for more great traffic topics.