What to Do if You are in an Auto Accident 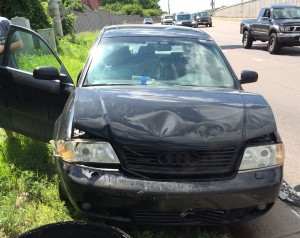 On a recent Monday evening drive home, I was rear-ended on the freeway (besides having my bell rung, I appear to be in good shape – thanks for asking).  So for the first time in my life and driving career, my general stats and my vehicle stats will be entered into a massive state database.  Although striped of personal identification information, this crash and my stats will have an impact.  In the future, I could now be working on a project that uses my crash to help determine if and what type of improvements may be needed.

Rather than focus on any specifics (and while I wait for insurance to fix my car), this seems like a great opportunity to review what to do if you are in a crash:

I followed these steps except for #6 in this case. Although I didn’t record everything, I could see where that could be useful, particularly in a disputed liability case.

My one regret is that I did not look up the Minnesota traffic flow maps.  I could have seen my crash on the map and maybe watched myself in the freeway video feed.  That’s easy to joke about since I wasn’t seriously hurt.  Be safe out there.