The benefits of roundabouts have been an extensively written on topic here at MikeOnTraffic. While completing research for the various roundabout topics, we also discovered an interesting application of roundabouts outside of common practice – the bicycle trail roundabout.

Olympia, Washington provides one example of utilizing a bicycle trail roundabout, at the intersection of the Woodland Trail and the Chehalis-Western Trail, shown below. 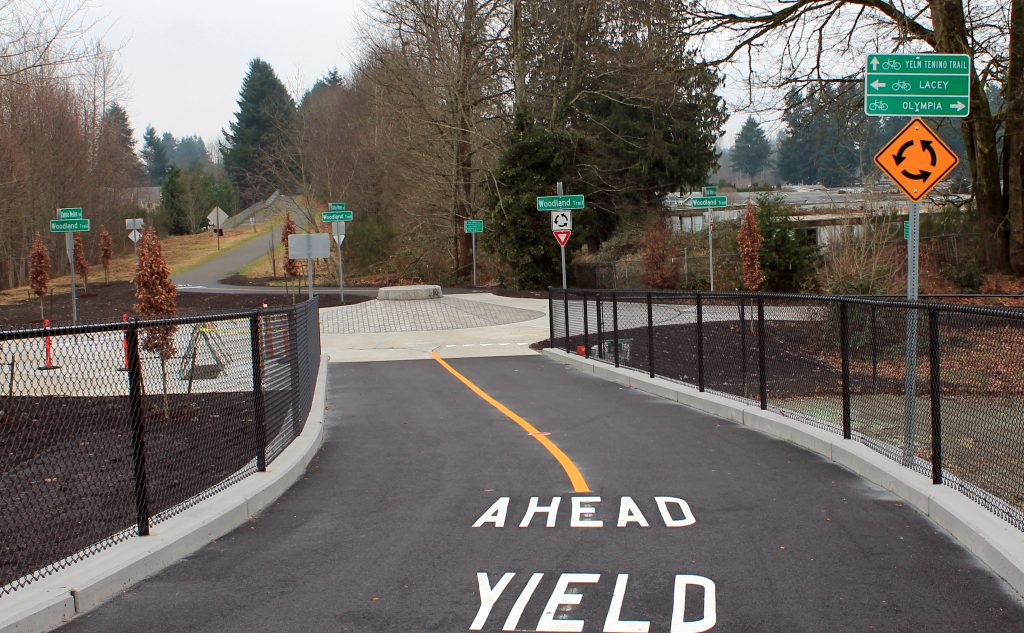 The roughly 50-foot outer diameter roundabout reduces the speed of bicyclists traveling downhill from the overpass while informing trail users of the intersection ahead, resulting in fewer collisions.

Fitchburg, Wisconsin is another location, where the Capital City Trail, Southwest Bike Path, and Cannonball Path intersect. An image of that roundabout is shown below. 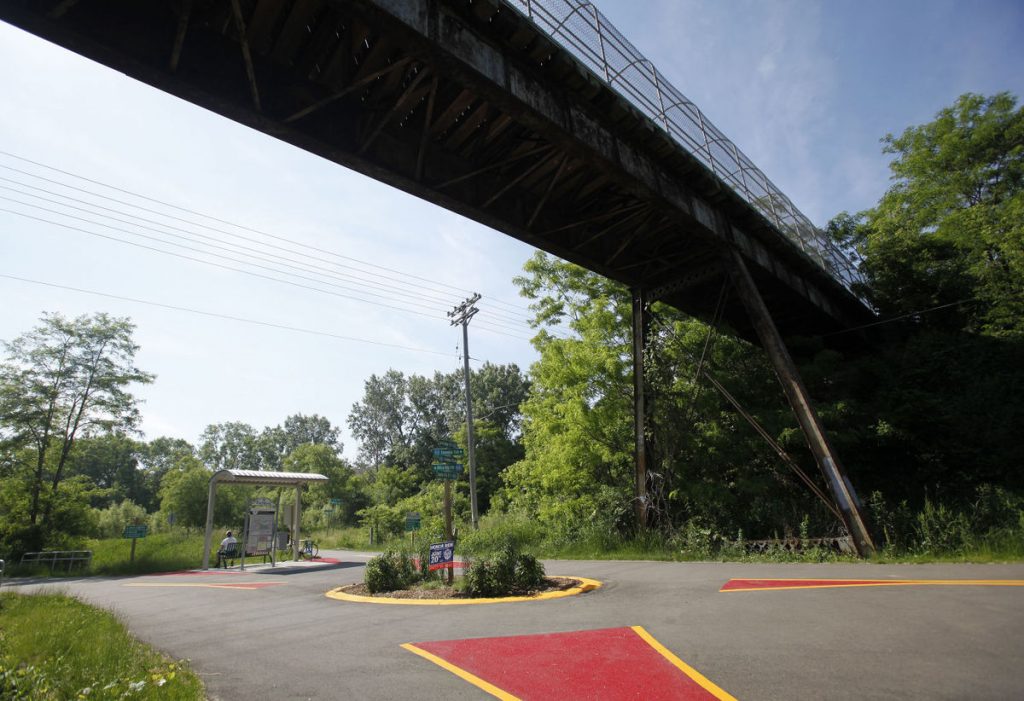 This roundabout was built within the existing trail footprint and utilizes pavement markings with a small planted center island. Within that island, the City installed a directional placard with trail names. Not only is this a cheaper and more cost-effective solution than that used in Olympia, Washington, but is much quicker to implement and does not require complete closure of the trails to construct. Another interesting feature of this roundabout is the rest area (far left in the picture above), which provides trail maps and additional biking information.

The bicycle trail roundabout, a relatively uncommon feature on bicycle trails, are slowly beginning to pop up along bicycle trail crossings around the states. By reducing speeds of entering bicycles and helping increase advanced awareness of the upcoming intersection, they are a unique technique to help reduce crossing movement crashes.