Bicycle travel is once again becoming a more popular mode of transportation, resulting in a new focus on improving the existing bicycle infrastructure and adding more safe and maneuverable bicycle facilities for the devoted cyclists. One such addition is bringing a little green into our downtown area. No, I am not talking about the addition of green space such as parks and playgrounds, I am talking about the bright green Bicycle Lane Colored Conflict Zones, which have been slowly added to intersections throughout the area.

These Bicycle Lane Colored Conflict Zones have started to be implemented to help alert vehicles of areas where the bicycle path and vehicle path intersect. Like a Zebra style cross walk, these conflict zones are standalone pavement marking blocks that span the length of the bicycle/vehicle interaction area. The green interior is bounded by white on the inside and outside with an overall pavement marking width of around two feet and a length which matches the existing bike lanes it connects.

The Bicycle Lane Conflict Zone markings are predominantly used at intersections, where a left or right turning vehicle would cross the through bicycle movement, but can also occur in other scenarios. 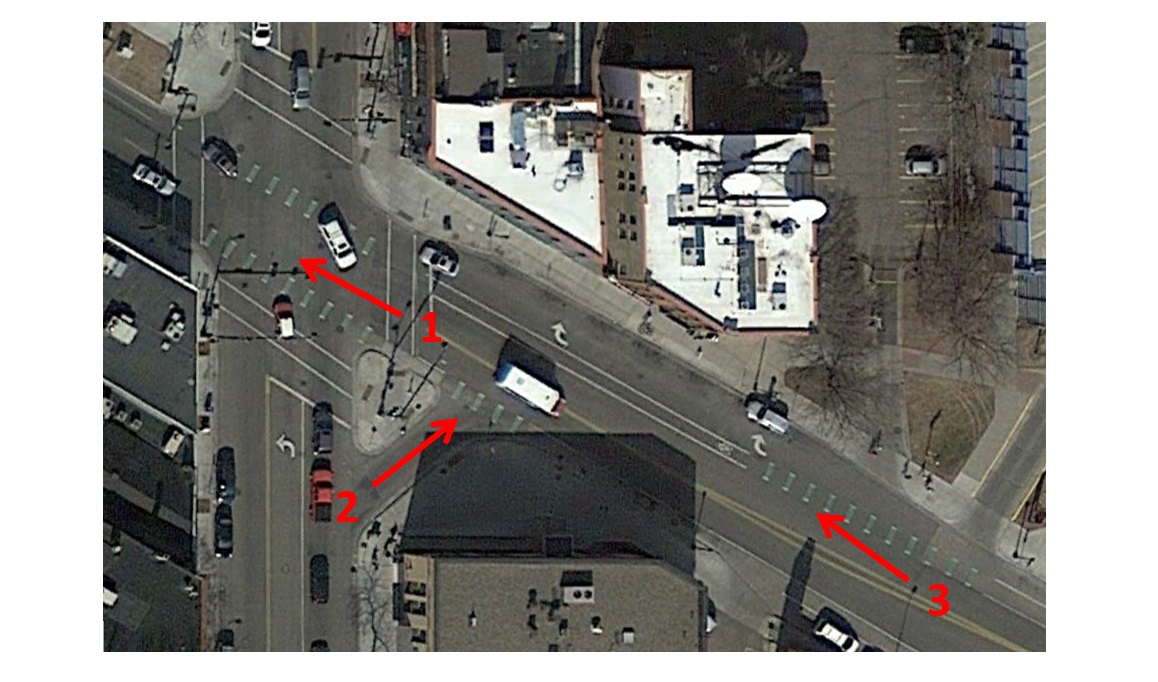 Above is a local example of the Bicycle Lane Conflict Zone markings in use at Cedar Avenue and Riverside Avenue, just outside of downtown Minneapolis. This location shows three good examples where the conflict markings can be used. 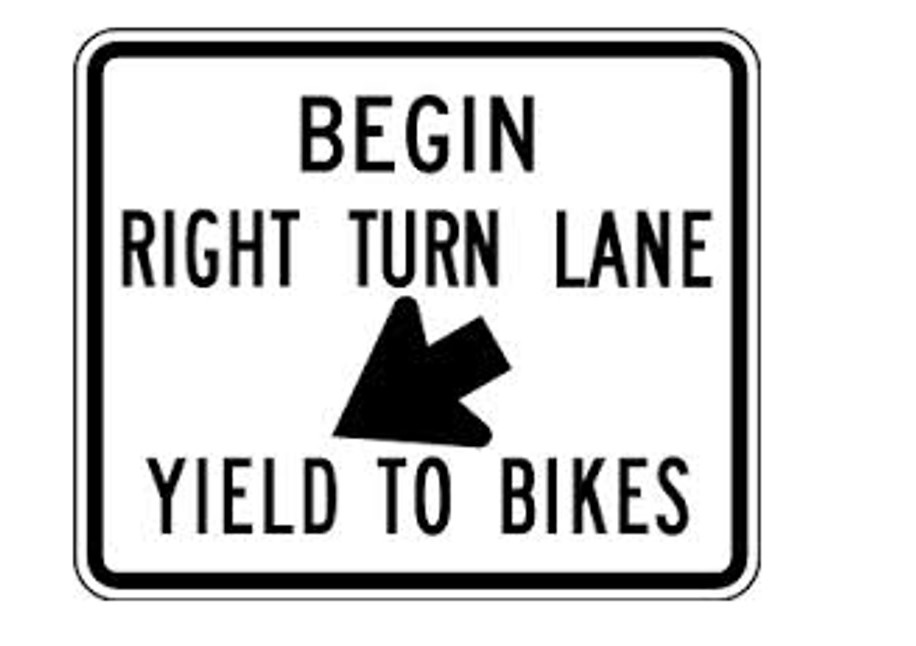 The final conflict zone marking location shown in the example above is crossing the northbound channelized right turn lane. Often at these locations bicycles can be overlooked as drivers are looking for gaps in vehicle traffic to make their safe movements. By adding the bicycle boxes to this crossing it helps remind drivers to look for bicycles before making the permissive right turn movement lower chances of vehicle and bicycle collisions.

The addition of Colored Bicycle Lane Conflict Markings has been a positive addition to the downtown bicycle infrastructure by helping raise awareness at locations where bicycle/vehicle conflicts often occur. With flexibility in use these conflict zones can be modified to fit many locations and create a safe and connected bicycle network throughout a city at a relatively low price.