Where Should I Park My Bike?

As long as humans have had vehicles, where to park has likely been contentious. I am imagining brutal sword fights over arguments about oxen cart parking in ancient Rome.

In Minneapolis, bike racks are common. But, they are rarely placed in the most convenient places.

At its most basic level, bike parking is becoming a necessity for urban businesses. And, what is often forgotten is that the same rules of parking a car apply to bikes. If a person chooses to ride a bike, and they find proper parking is unavailable or inconvenient, they may choose another option.

Let’s take a quick look at a grocery store near our office (in a walkable, first-ring suburb): 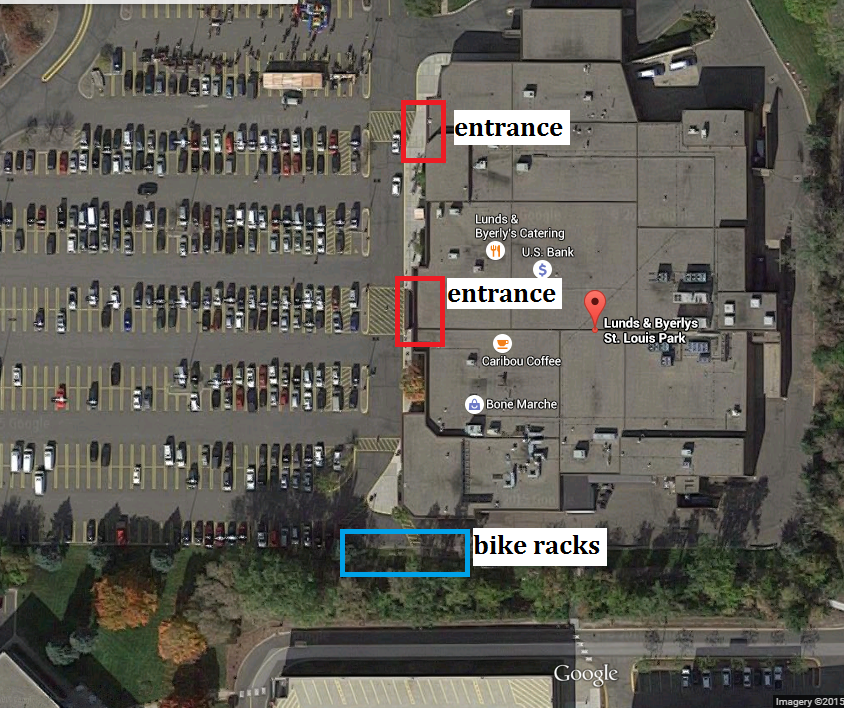 Being a prominent bike-friendly city, many people bike to lunch here. Yet, the bike racks are often empty. Instead, people pull up to the front of the building and attach their bikes to the no parking signs, light poles, and trees surrounding the entrance.

Bikes act like cars. They’ll take the closest, easiest, and most convenient spot. A simple solution to this is locating bike racks in the front of the building, near the main entrances.

Worst Practice: Here’s an apartment tower near our office: 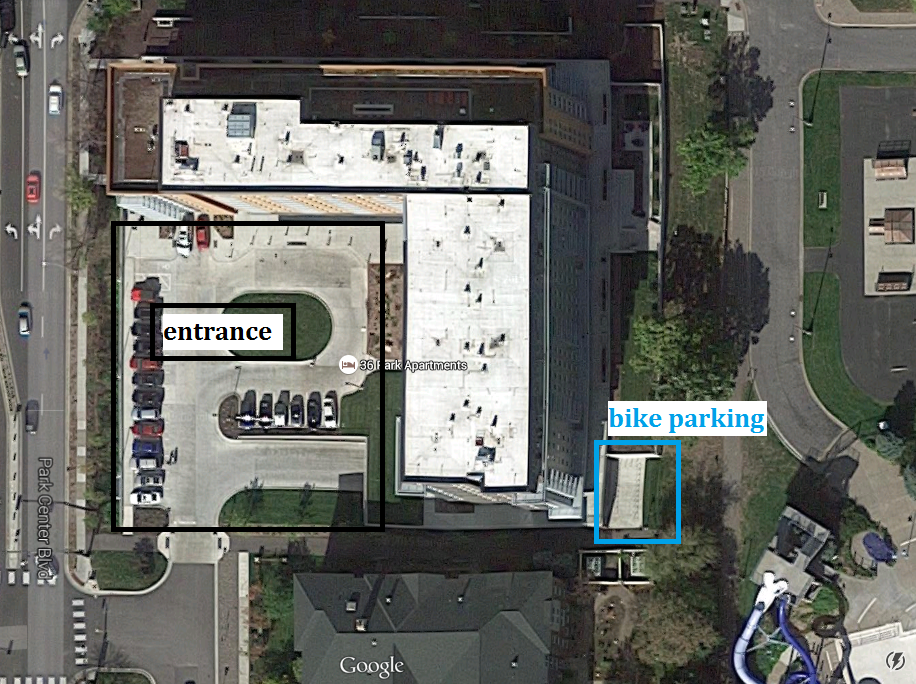 And here is what happens when you place bike parking in the wrong spot: 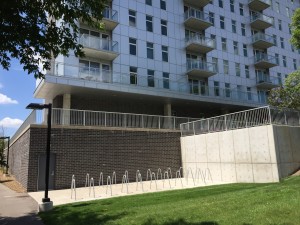 By locating near the side, it’s less accessible, less convenient, and less safe. By “safe”, I mean theft. If you’re going to steal a bike, no better place to do so than unwatched side of an empty commercial loading zone in a suburban shopping center (or, the invisible backside of an apartment tower garage).

Why do this? The primary motivator should be economics. Think of the loss to this grocery store and apartment building; they’ve already purchased bike racks (money) and locking up to trees and signs is probably not something they want (property damage). 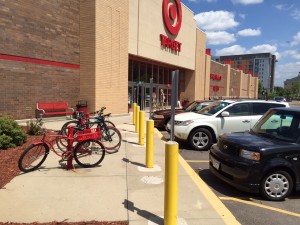 If you’re going to spend money on bike parking, you might as well get the most out of your investment. The adjacent Target store proves to be a good contrast, and exhibits what could be considered a best practice.

Proving good bike parking is simple. Many places are already doing it, so they should make the most of their existing investment.