I recently made a trip to Copenhagen, Denmark. While I first and foremost want to let everyone know how well-travelled and impressive I am, I also wanted to reflect on some of the big differences between the transportation system in Copenhagen as compared to here in Minneapolis, Minnesota. Specifically, in regard to bicycling. 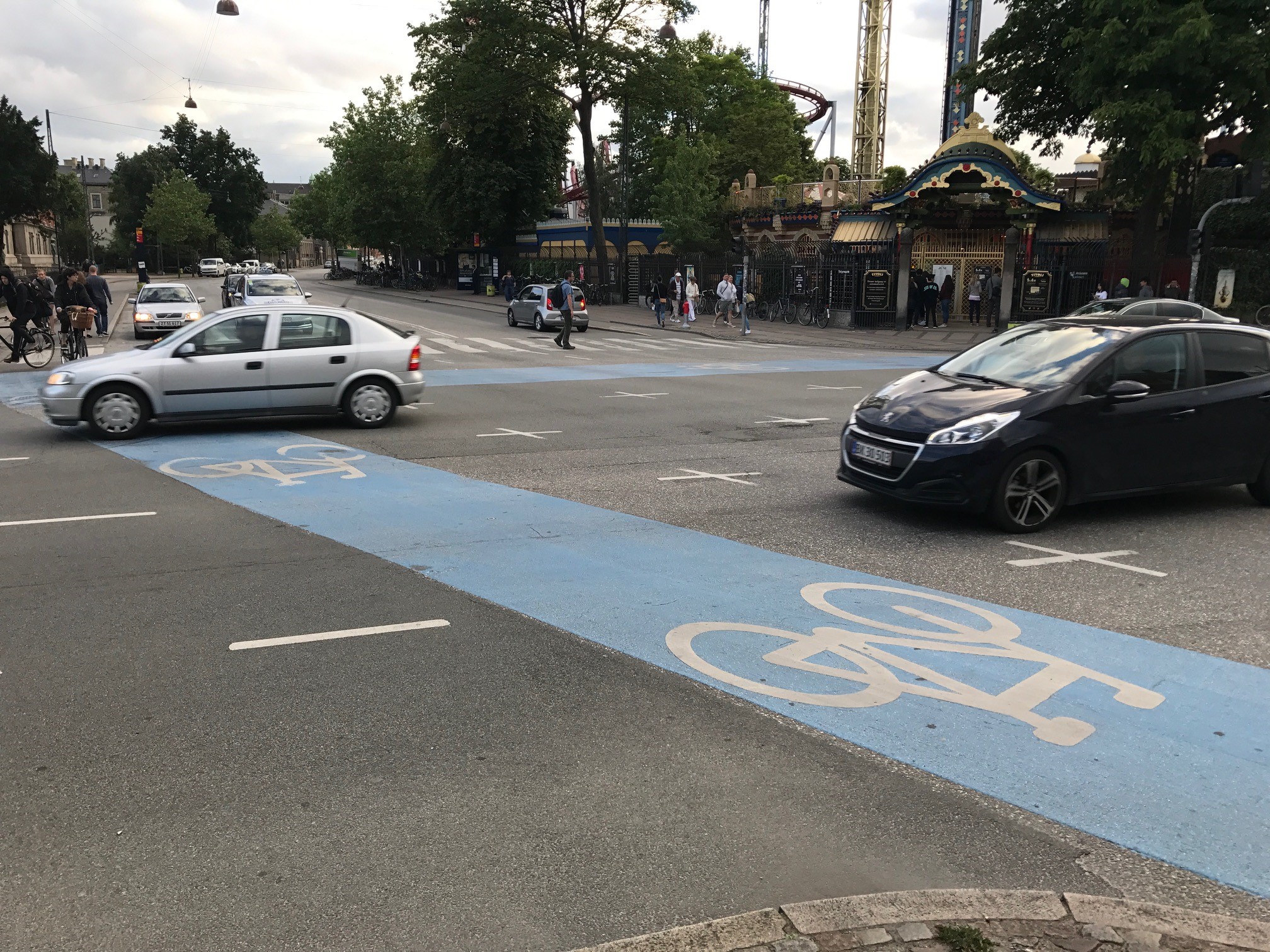 While the fact that there are differences shouldn’t be a huge surprise since Copenhagen is often rated as one of the best cities in the world for urban biking, Minneapolis often does well for itself on bicycle friendly indices. With that knowledge in mind and having ridden a bike in Minneapolis for years, I was curious to see the differences between the two cities.

Once in Copenhagen the differences were immediately noticeable. The bicycle is the transportation mode of choice within the city center of Copenhagen and the amount of people on bikes makes that obvious. The infrastructure specifically for bicycles is also a clear signal that bicycling as a mode of transportation is a high priority. With grade separated bike lanes on all major roads, bike signals at intersections, clearly marked bike crossings at intersections, large amounts of bike parking and even bike ramps on stairs there is clearly a focus on bicycles. Adding in the fully connected network, the infrastructure in Copenhagen accommodates and encourages people to bike. My wife and I found it very easy to mix in with the heavy bike traffic on our rental bikes because of all of the infrastructure which was clearly marked and well designed. 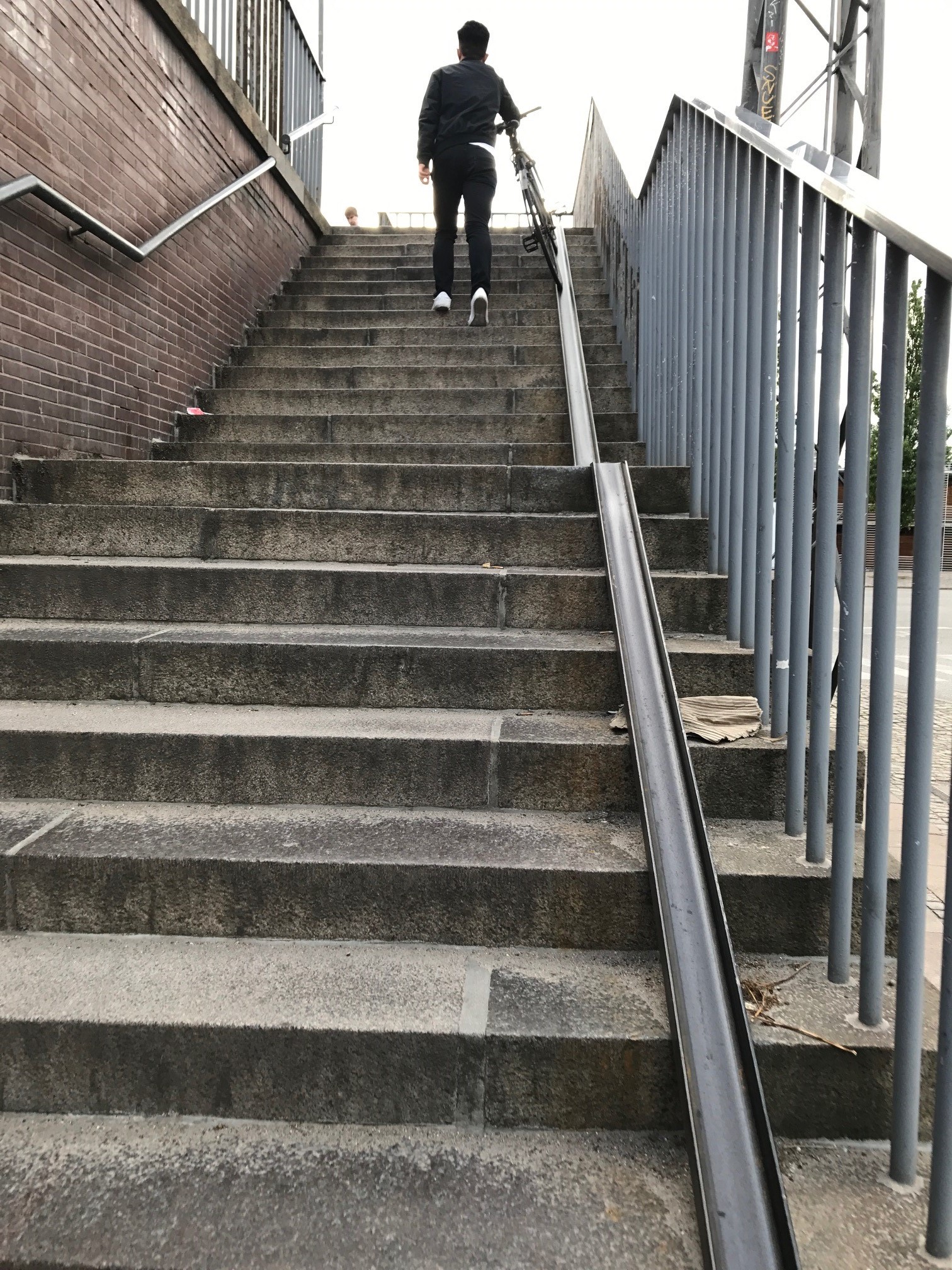 We found it to be somewhat the opposite of experiences in Minneapolis and other cities. Comparing the Copenhagen city center with downtown Minneapolis, here in Minneapolis it is easy to get in a car and drive around wherever we would like but it may be intimidating to bike in parts of the city. In Copenhagen, it was easy to jump on a bike to get anywhere in the city center while driving a car seemed like a bit of a pain (based on my observations). Though there are continually additions to the bike network in Minneapolis and many parts of the city are easy to get to on a bicycle, there is just that difference in mode focus where automobiles are the priority.

There are many factors that play into whether a city will have a bicycle focus or automobile focus. One obvious one is the weather. As I am writing this in our office in July it is a little over 90 degrees Fahrenheit outside so I know I am in for a sweaty bike ride home. And with winters in Minneapolis with temperatures frequently at 0 degrees Fahrenheit, I typically put my bike away from December through March when the roads are covered with snow and ice. Over in Copenhagen the temperatures are more moderate throughout the year which lends itself to a more comfortable biking experience year round.

Urban density is also a factor in how effective a bicycle network will be. With Minneapolis and many other cities in the United States being spread out over a large area, you might be in for a long ride to reach your destination, and may need to plan your day in advance if you are going to only use a bike. But if you are in a city where everything is within a couple of miles, it is a lot easier to justify using a bike for the day.

While I think it would be great if there were a lot more people biking throughout Minneapolis, I am slowly accepting the fact that there are some factors beyond control at this point and it is unlikely we will ever be at Copenhagen levels of ridership. Even though Minneapolis is already a very bike friendly city there are things we can learn from Copenhagen, especially regarding infrastructure on how to cultivate a more accommodating and encouraging bicycle environment.

What biking infrastructure enhancements has your city made to encourage biking? I would love to hear your thoughts and ideas on biking.