How the Right Recommendation May be the Wrong Decision

We sent out a survey to our readers a few months ago asking them about the biggest frustration in their job.  Here’s one of those responses that caught my eye:

I complete Intersection Control Evaluations and determine that a signal is not warranted, sometimes not even close. However, a traffic signal is installed based on politics. It’s frustrating because it takes time for me to complete the analysis, and it also results in an expensive project that the county will have to replace once it reaches the end of its useful life.

I agree that it’s frustrating when sound engineering gets trumped by the political process.
One of my first projects at the city of Maple Grove was to determine if we needed all way stop sign control installed at an intersection in the heart of a single family home neighborhood.  I collected the necessary traffic volume and crash history data.  I performed the warrant analyses per the Manual on Uniform Traffic Control Devices and determined all way stop signs definitely weren’t justified.

I wrote up a technical memorandum with my analysis/findings/recommendation and emailed it over to my boss, the city engineer, Ken Ashfeld.

The next day, Ken called me into his office.  I’ll never forget this. 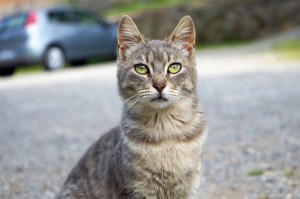 He asked me to tell him about the intersection and my recommendation, so I explained what I did.  He then asked me if I knew who made the request for the stop signs.  I said no.

One of the city council member’s cats was run over at the intersection and she requested the stop signs at this “exceedingly dangerous intersection.”  Hhhmmm.  I think I told him cat safety isn’t factored into the warrant analysis and it would be bad precedent to install the stop signs.

He sat there for a minute, giving me a thoughtful look as only Ken could do.  He asked me how much harm the stop signs would do.  Not much I guess.  He asked me if fighting this was potentially worth me losing my job over.  Not really.

So, I put my memo in the file and Ken added installing the stop signs to the city council consent agenda for approval (which would eliminate our tort liability).  It passed and I had the stop signs installed.

When I went to the city of Maple Grove as their staff traffic engineer, I thought I would be given ownership of the transportation system.  I assumed it would be a much different role than being a consultant.

Working for an agency does in fact give an engineer more control over the outcomes than being a consultant, especially at the city/county engineer level.  But the reality is the politicians are elected and they are the final decision makers.  We should do our best to guide them, but to stay sane, I think engineers need to keep the perspective that we’re all “recommenders,” not “deciderers” (hat tip to President George W. Bush).

p.s.  Of course, we should make clear recommendations and keep those on file.  That’s the lesson of the Challenger Space Shuttle exploding because of an o-ring leak.  The lead engineer calculated the o-ring would fail in the cold temperatures and recommended delaying the launch.  The higher ups overruled him.  That engineer was cleared in the following investigations.