Ice Skating Trails – The Next Big Thing in Urban Transportation?

There’s a fun article in Wired about Edmonton proposing a frozen skating trail (bike/ ped trail in spring/summer /fall).  It’s an interesting idea for us in the Northern climates.

But this isn’t the first I’ve heard of this type of concept.  Joanne DeHaan is one of our traffic counters.  She grew up in Holland during World War II, moving to Montana with her family as a teenager in the mid-40’s.

Joanne told me stories of skating up and down the canals when she was a little girl.  Her and her father would skate to the next town over, about 10 miles away, to make business calls. 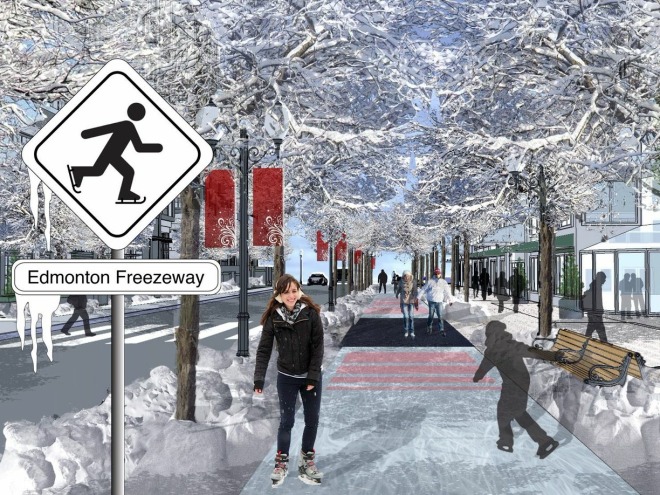