Back-in angle parking is a relatively new concept starting to be seen in more areas. The basic concept is similar to standard 45-degree parking. But instead of pulling forward into the space, drivers back into the angled stall. This is also referred to as reverse-angle or reverse diagonal parking.

For the driver, the basic steps are like parallel parking: 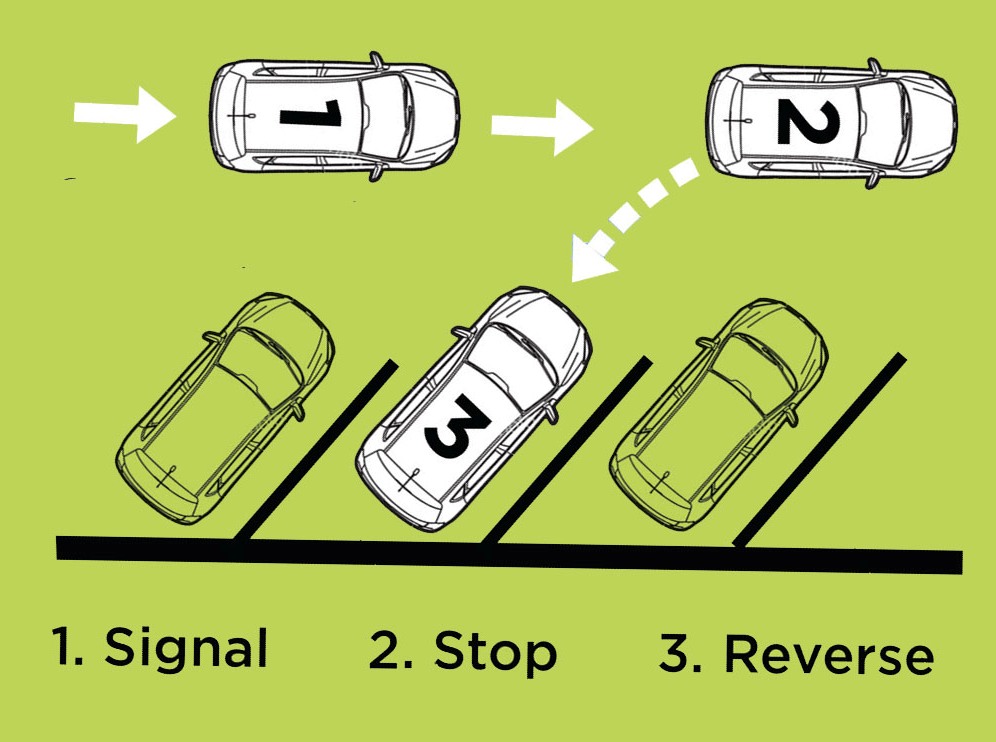 There are many benefits to back-in angle parking, which is why this type is becoming more popular, including:

These advantages have proven safer in terms of reducing crashes, particularly those between exiting vehicles and adjacent bicyclists. For traditional pull-in parking, the exiting maneuver into traffic can be blind depending upon the cars parked around you.

Back-in angle parking is not without its disadvantages. Key considerations are:

The learning curve is one that can be overcome with education and installation on a side street before attempting on a major thoroughfare. Signage can also help to reduce confusion.

We are only aware of a couple areas in Minnesota where this idea has been implemented, although it does seem to be talked about more lately (maybe that just us bringing it up). It will be interesting to see if this idea gains momentum like roundabouts or becomes an obscure (to the public at least) traffic engineering tool of last resort.

A final note, reader James Gattis, professor at University of Arkansas, provided us this great image of back-in angle parking in Washington, DC.  Thanks for sharing James! 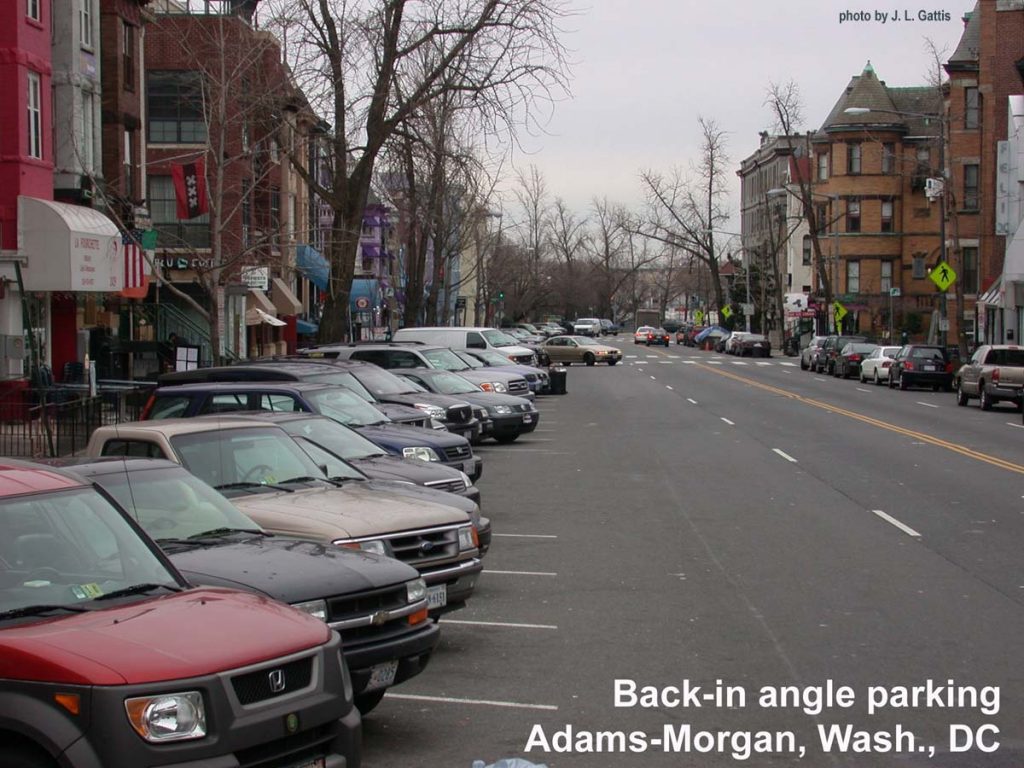