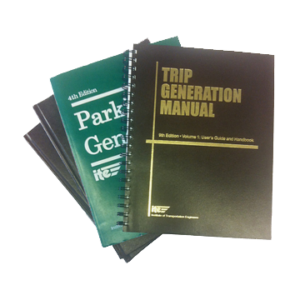 At least that’s the thesis of Adam Millard-Ball in an article posted on Access titled Phantom Trips.  I agree with him that if one was going to use the trip generation rates in ITE’s Trip Generation Manual as the foundation for regional traffic forecasts, you would be significantly over-estimating the traffic in the region.  You could use ITE data, but that’s akin to butchering a cow with a scalpel – the wrong tool for the job.  I think we’re in agreement on that point.

But the large flaw in Millard-Bell’s argument, at least in my experience, is his assertion that traffic engineers/transportation planners are making regional policy decisions based on Trip Generation Manual data.  The four-step regional traffic forecasting model I’m familiar with starts with data from the Census Bureau or a localized data collection effort like the Met Council’s Travel Behavior Inventory in my region, not ITE’s data set (I could be wrong on this point though – it’s possible some parts of the country are basing their four step modeling forecasts on ITE data, I just don’t know of any).

ITE’s data set  has many flaws.  In fact the limitations of the data set would be laughable to most statisticians.  But, it’s the best data set U.S. based traffic engineers have right now to determine what upgrades to roads and intersections are needed adjacent to a proposed development.  This is the forecasting and analysis done at a proposed Walmart, for instance, to figure out if a traffic signal needs to be built at the main access street to get into the Walmart parking lot.

Sure, the traffic coming to the Walmart may be folks that used to go to the Kmart a mile away, but traffic engineers are charged with getting the cars that show up at the new Walmart in and out of that parking lot safely and efficiently.  We need to build new infrastructure at that new Walmart location.  We can’t magically pick up the turn lanes from the declining Kmart driveway and move them over to the new thriving Walmart location.

I personally dealt with the extreme of this situation when I was the traffic engineer in Maple Grove and Krispy Kreme Donuts came to our region.  The Maple Grove store was one of the first in Minnesota and the queue on the opening weekend was crazy.  We did the best we could to safely accommodate that queue within the site (we made the designers significantly change their initial site design) and out on the local street the driveway accessed.  Thirteen years later, the Krispy Kreme is out of business and that building is now a local bank (with excellent circulation for  their 40 cars a day).  I was charged with handling opening year, Krispy Kreme traffic, not hypothetical bank traffic a decade later.

On a macro level, Millard-Bell correctly identifies the difference between marginal and average trips.  The four step method used for regional traffic forecasting correctly models marginal trips (at least in my region).  Where his thesis falls apart is that we need to use average trips (ITE’s, or better yet, recent/local data on similar development’s in the region) when we are designing the infrastructure on a micro-level for a proposed development.

On the better yet front, we occasionally collect our own trip generation data from similar developments in our region (here and here for examples).  We’ve driven down the expense of doing these studies with our COUNTcam system and plan to do even more trip generation data collection in the near future.