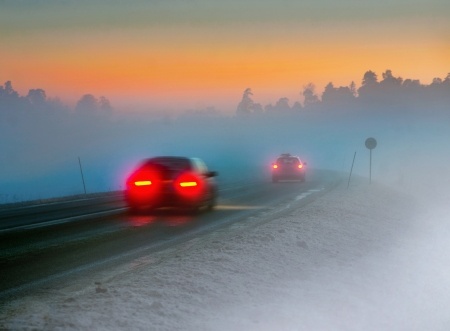 Researchers at Koc University in Istanbul, Turkey have developed a new asphalt mix that de-ices itself by slowly releasing a salt mixture.  Specifically, potassium formate is combined with the water repelling polymer styrene-butadiene-styrene, which is then added to the bitumen that goes into making asphalt.

Since road salt is hard on cars and their tires, this type of asphalt should be used judiciously.  I don’t know if this particular mix is THE answer, but building roads that don’t ice over is a very important goal.  The Minnesota DOT spent more than $130 million in 2015 on snow plowing and de-icing.  Plus, this asphalt would save the cost of hundreds of crashes (and several fatalities) caused by ice and snow in Minnesota each year.

Worldwide, it’s easy to see that self-de-icing roads would save billions of dollars per year.  I’d like to invest in the company that comes up with the patented asphalt additive – someone will make a lot of money!

With the advances in material science, I expect we’ll see self-de-icing roads in my career.  The mix from Koc University may be a big step in that direction.