About ten years ago, we sat on the side of Hiawatha Avenue in Minneapolis after the Light Rail Transit line was opened adjacent to it in Minneapolis, and counted the number of people in each car as they passed by as well as the number of bicyclists/pedestrians on the adjacent. Metro Transit had data on how many riders were on the light rail trains and used this data combined with the information we collected, to determine occupancy rates and people throughput for the entire corridor after the project was completed.

We deployed a lot of people sitting in lawn chairs with handheld count boards. It was a big effort, but doable because traffic was only going about 40 mph in the spot we picked on the corridor. However, this type of process doesn’t work on a freeway because the cars are just going too fast and the human brain can’t pick up how many people are inside a car moving 65 mph. 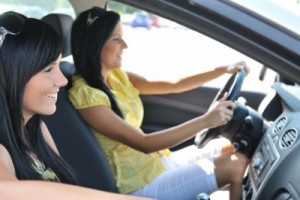 Professor Grant Schultz and grad student Sam Mineer from Brigham Young University took up the challenge to find occupancy data from vehicles moving at high speed. They tried using video cameras on freeways to get occupancy data, but the cars were moving too fast and they couldn’t get a good camera angle to see inside the vehicles.

After a bunch of research, they came up with a system using the “carousel method” to collect average occupancy data.  In a nutshell, they drove 5 to 10 mph slower than the traffic flow and recorded how many people were in each car as they passed them.  This was a sampling method that proved to be statistically valid.

If you need to collect occupancy data on high speed corridors, here are resources for you to implement the carousel method (thanks to Grant and Sam!):