Minneapolis switched to parking meters that accept credit cards about five years ago.  The majority of the city is now blanketed with a system where you enter your stall number and then pay at a kiosk.  The credit card system is inconsistent (at least for me), so I still keep quarters in my car to pay the kiosk.  To add insult to injury, the kiosks always seem to be inconveniently located to my parking stall (I’m sure there’s a bias in that I only remember the times I have to hunt for a kiosk). 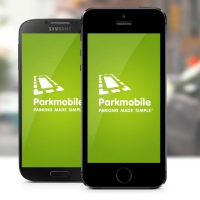 Parkmobile is solving my problem!

Instead of going to the kiosk, there’s an uber’esqe app for smartphones that stores your credit card information. Use the Parkmobile parking app to enter in the zone number listed on the sign to start a parking session or scan a QR code at the stall to quickly pay.  No kiosk involved. The University of South Florida has started using this alternative payment option for paid spaces on their campus.

The best feature in my mind is that the app will then let you know when your meter has almost expired.  Then I can either get out to the car or add on more time if that’s allowed.

The next step for Minneapolis should be to implement the Carnegie Mellon University style Performance Parking system. The parking system that Carnegie Mellon University explored, was to implement variable pricing based on the historical data. With the variable pricing  they were able to achieve target occupancy rates for parking.

The step after that is to add in sensors that flag stalls with parked vehicles that have unpaid meters.  Then we get to very efficient parking enforcement.  And after that…maybe we’ll end up with parking tickets delivered via drones.

P.S. If you are interested in how apps are changing on street parking, check out our article “Haystack App Tries to “Sell” Public Parking.”