If you’ve ever dealt with event traffic management, you know the amount of time, money and other resources that go into ensuring safe and efficient traffic conditions before, during, and after the event. But what happens when the event is recurring? At what point does it make sense to implement permanent traffic control measures at the event site – effectively cutting out the need to spend the aforementioned capital on a recurring basis – and when does the burden of creating permanent traffic control outweigh the burden of implementing these measures over and over again?

First, what type of events are we talking about? Here’s a few of the different types of recurring events that one may encounter:

In other words, things that attract a large amount of people than would otherwise be expected in an area that occur multiple times during the year.

One factor to examine is where the expected traffic falls on the design hourly volume. The graph below, from the Minnesota Department of Transportation, shows the typical traffic for several corridors. The bottom axis shows the ranking of all hours of traffic for a typical year. The vertical axis shows what percentage of the Annual Average Daily Traffic (AADT) that hourly traffic represents. As shown, traffic generally increases steadily with busier (higher) ranked hours until it reaches a point where it dramatically climbs (the far left side of the graph). This basically states most corridors have only a slight variation in traffic with the exception of a handful of hours. Traditionally, using the 30th highest ranked hour of traffic has represented a reasonable break between “normal” traffic, the flat part of the curve, and “high” traffic, the steep part of the curve.

Considering the desire to accommodate the 30th highest ranked hour traffic, here are some key factors to consider when determining the need for permanent versus temporary traffic control measures:

The first example of determining temporary versus permanent control is for the Westwood Community Church in Excelsior, Minnesota. An expansion initiative, in which the main building and parking lots would be expanding to accommodate a higher volume of attendees, required a traffic study and we were contracted to assist.

The site is located off of State Highway 41, and sits just north of a main intersection that is set up for – but not outfitted with – a traffic signal. To the northeast of the campus is a T-intersection with a right turn lane, but no left turn lane going towards the church. The existing method of traffic control at this site was the utilization of an off-duty police officer for added safety and visibility. 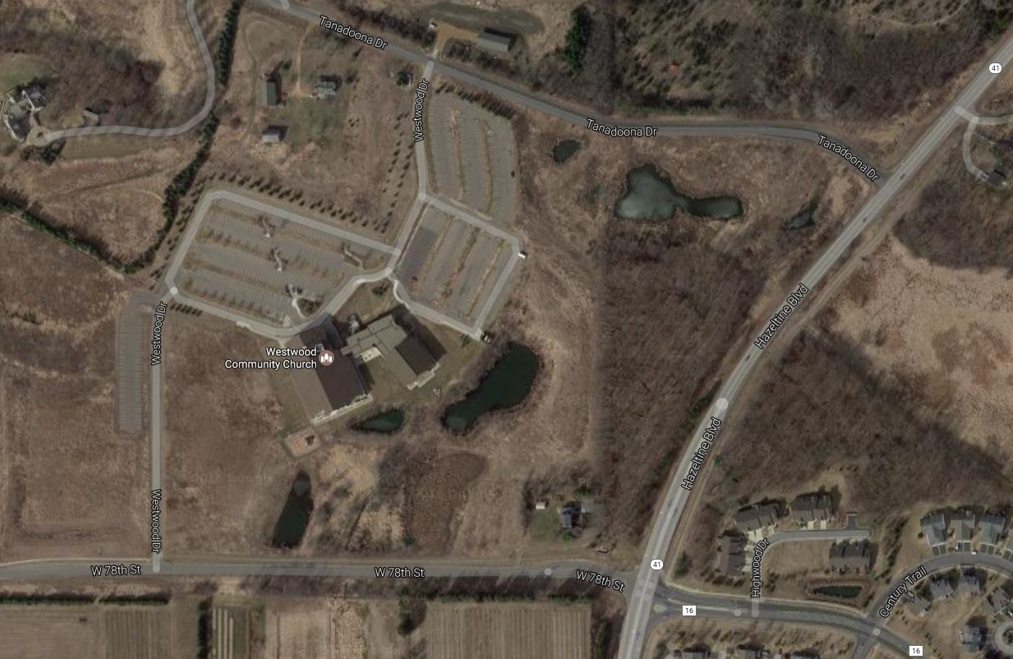 We dispatched to the site and took existing traffic counts, which we then used to project future traffic counts based on the added number of seats in the sanctuary. We then ran those numbers through SimTraffic, a traffic analyses and simulation software, to see how far the traffic backups would be in different event scenarios. A primary question is whether a traffic signal would be justified at the main intersection.

Based on the numbers we ran, we decided it would be best to expand the hours for the off-duty police officer on site, and to add an additional officer at the southern intersection to act as a monitor, who were then connected via a feedback loop to allow them to adjust their timing according to traffic volume. Ultimately, we decided that installing a traffic signal would not be cost-effective at this time. However, if development continues and weekday traffic begins to grow, that may be the impetus to switch to signal control.

Determining what traffic control measures to implement for temporary, but recurring, event traffic can be a difficult task. As always, we recommend you gather your data and let that data guide you. Consider all a aspects of the traffic and don’t be afraid to test out different options until you find one that works for the problem you are working to solve.

Are you interested in learning more about Access and Circulation? Check out our Traffic Corner Tuesday video – Permanent vs. Temporary Traffic Control for Recurring Events.