Analysis of Protected Intersections for Bicyclists 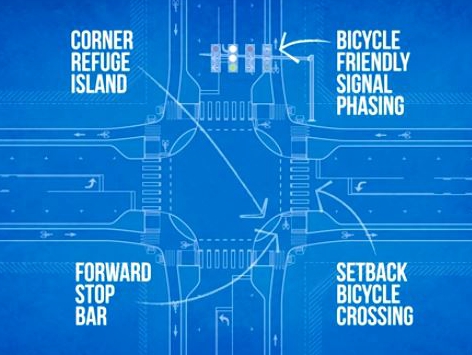 Nick Falbo came up with a very interesting idea last year for improving intersection traffic flow for bicyclists he called the Protected Intersection.  The
bicyclists cross each leg of the intersection parallel to pedestrians and wait in corner refuge areas that are protected by islands instead of riding on the street.  The four major design elements are shown on this screenshot from his video presentation.

It’s an interesting idea, but how well will it work?

David Stanek and Charles Alexander put together a basic Vissim model to test out four variations of the concept versus standard intersection operation.  You can read their whole paper Simulation Analysis of Intersection Treatments for Cycle Tracks to learn more. 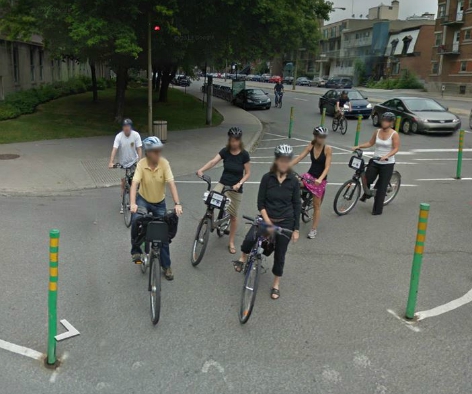 The conclusion surprised me:  The Protected Intersection with right turning vehicles to pedestrians/bicyclists significantly reduced motorist delay, slightly increased bicyclist delay, and slightly improved pedestrian delay with the overall effect of having 40 second of average delay vs. 51 seconds of average delay at a standard intersection.  (see table below from the paper).

The overall conclusion is that Protected Intersections could be a significant improvement for an intersection with heavy bicycle/pedestrian use.  Now we need to build one and field test it! 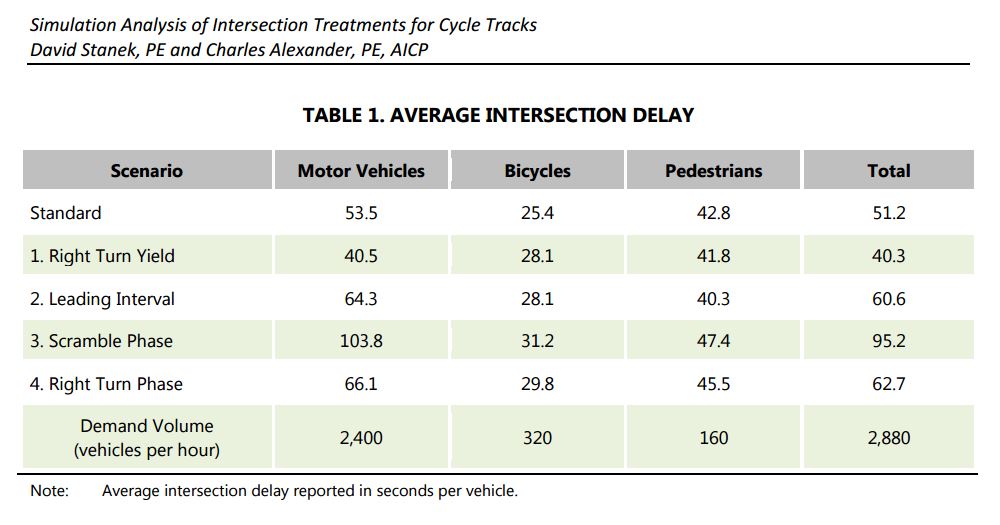