Traffic Impact Study Improvements: Part 6 – Should Safety Review be Included in a TIS?

Earlier this year, I detailed how our standard process for a Traffic Impact Study has several points of assumptions at best or guesses at worst. This post continues that discussion.  Check out the “Top 6 Ways to Pick Apart a Traffic Study” for more on the general topic and expect more posts to follow on this subject. 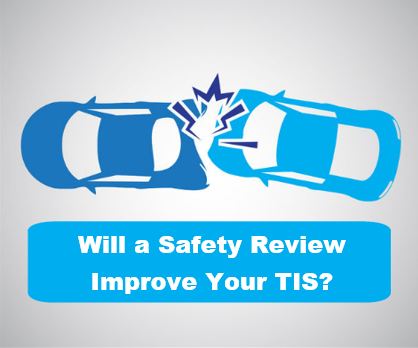 We’ve detailed updates and information regarding the standard process for a Traffic Impact Study (TIS) over the past few months. Now, we thought we would consider what else should be a part of the TIS process. After brain-storming some different ideas, we settled on a safety review being the biggest item that could add significant value to a TIS. But should it be added?

A basic safety analysis would be expected to proceed as follows:

Arguably, a safety review could fall under a TIS since it is another way to evaluate the impact of a development on traffic operations – as traffic volumes increase, the impact could be an increase in the number of crashes. So the terminology lines up.

In many locations, historic crash data is maintained by a government agency (MnDOT in Minnesota) and is relatively easy to obtain. The Highway Safety Manual and associated tools provide formulas and correction factors to account for additional traffic, scheduled improvements, or recommended mitigation. Also considering safety studies, either alone or as part of a larger corridor evaluation, are a fairly routine part of traffic engineering, the mechanics of completing the safety analysis are not at issue.

Instead, our debate about adding this to the standard TIS revolved around the pros and cons of the safety information itself. On the plus side, the TIS would become a new tool for government agencies to identify existing safety problems that need to be addressed or future ones that may arise from a proposed development. In addition, the extra set of eyes or additional scrutiny could identify mitigation to alleviate a future safety problem. The end result could be an improved transportation system with a real impact (pun intended) on making people’s travel safer.

On the flip side, safety is a primary function of government which includes providing and maintaining the transportation system. Safety studies that examine crash data looking for problem areas/intersections are, or should be, an on-going task for the engineering component of any level of government. In addition, whether identified as an existing or future issue, the potential for disagreements in mitigation and funding of that mitigation are sure to arise.

Should a new developer be on the hook for trimming trees to improve sight distance? What about a sharp curve in the road that isn’t a concern with only a handful of vehicles on it, but becomes a concern when a few hundred vehicles are expected?

In the end, our recommendation is against formally adding a safety analysis to the TIS. Obvious existing safety concerns, like the sharp curve example above, should already be pointed out in the traffic impact study. We would likely identify something like that in our existing conditions and at least mention it as something to monitor with the future volumes. Assuming the government agency is regularly completing safety studies, and listening to their constituents in some cases, existing safety problems that could be identified by the historic crash record should already be discovered or in the process of being discovered. Therefore, roughly 90 percent or more of potential TIS safety reviews would not spot an unidentified problem.

Bottom-line, while everyone is for improving safety, we don’t think it’s the developer’s responsibility to pay for separate safety analyses in a TIS.

Did you miss the other installments of the Traffic Impact Study Improvements series? Here are the links to the other articles: