Last week I shared the first part of a presentation I gave at an ITE Western District Conference. I released the first half of my presentation last and this is the second article in this two part series. 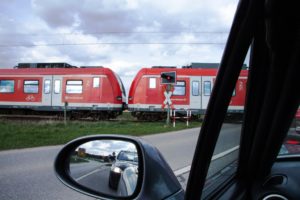 7.   Train Data. Our experience in Minnesota is that train companies will not share data about their track usage.  It’s a matter of Homeland Security.  We’ve had four projects in the last two years where we recorded multiple days at railroad track crossings.  The videos were scrolled through and we recorded the time the crossing began, the time the crossing ended, and the number of cars in the train.  This data was important for several environmental documents and traffic models.

9.  Public Hearings. If a picture says a thousand words, a video may just say a million.  Short clips of intersection operations have proven to be very helpful in presentations.

Have you used video as part of your traffic data collection process? I would love to hear about your experiences and how video has impacted your work.

Read the first part of the article by clicking on Top 10 Ways Video Data Collection is Improving My Engineering – Part 1.